On December 16, 1927 at 2 a.m, Deputy Cleo Platt and his wife were walking home in downtown Charlotte when he stopped to assist a motorist. Noticing stolen items from a local store in the vehicle, Deputy Platt sent his wife home and was subsequently shot in the shoulder and abdomen by the suspect while Deputy Platt was attempting to effect an arrest.

Deputy Platt was married and had two young children. The murderer and his accomplice were apprehended, convicted of first-degree murder and sentenced to life at hard labor. 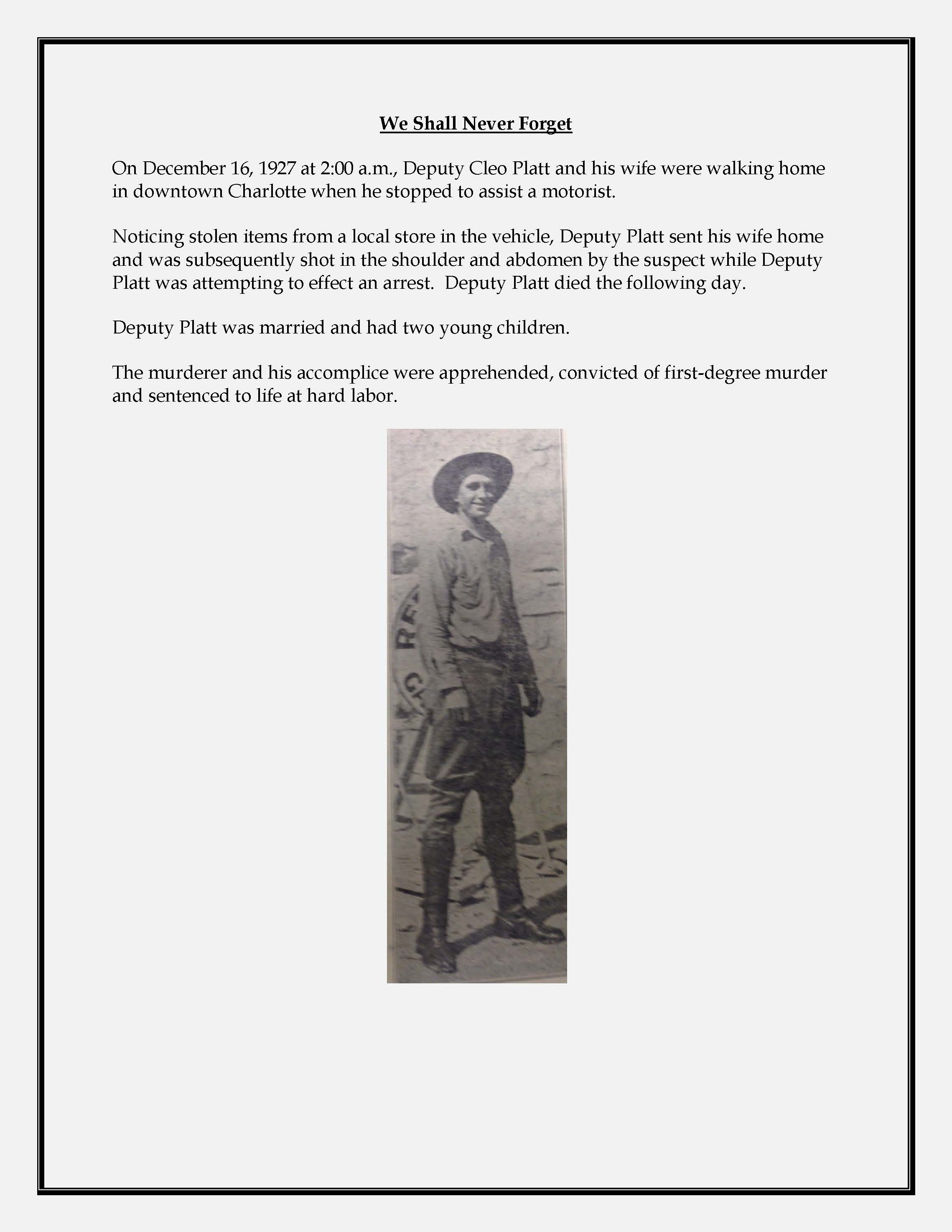 On January 1, 1967 at 4:58 p.m, Deputy Dean Foster responded to a call of suspicious activity at a Delta Township gas station. Upon arriving, an armed robbery was in progress and Deputy Foster was shot seven times at close range. Deputy Foster had been recently married. The suspects were apprehended in New York, convicted of first-degree murder and sentenced to life in prison. 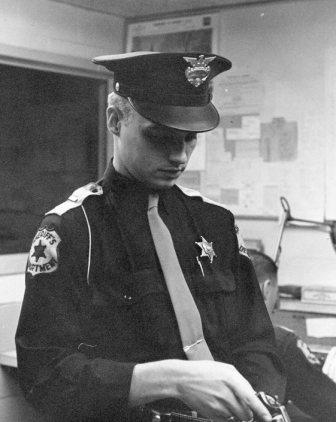 On December 10, 1985 at 8:55 p.m, Deputy Don Rice was assisting stranded motorists on U.S.-27 between Charlotte and Potterville when he was struck and killed instantly by a hit and run drunk driver. Deputy Rice was married and the loving father of two young daughters. The drunk driver was apprehended, convicted of manslaughter and sentenced ten to fifteen years.